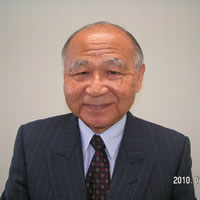 In 1954, Dr. Ryuichi Kato graduated from the Keio University School of Medicine.

From 1957 to 1962, he studied at the University of Milan. During this time, he made discoveries concerning enzyme induction and inhibition in rats using a variety of drugs, laid down the foundation for research in drug-metabolic interaction, and made a career switch from neurologist to drug metabolism researcher.

After working at the American National Institutes of Health (NIH), National Institute of Health Sciences (NIHS), and Fujisawa Pharmaceutical Co. (now Astellas Pharma Inc.), Dr. Kato become a professor at the Keio University School of Medicine. There he engaged in research into variations in drug-metabolizing enzymes (CYP) across different genders, species, ages, and states of illness. In particular, he put emphasis on the importance of pharmacokinetic research in drug development and made contributions to furthering progress in this area.

While working to expand the Meetings of Pharmacokinetic Specialists (chairperson 1977-2009), the doctor established the Japanese Society for the Study of Xenobiotics in 1986, becoming the chair in 1987. Beginning in the early 1980s, he began to spread awareness about the importance of pharmacogenetics and created the foundation for such research to grow in Japan. In 1992, he published “Studies in Clinical Pharmacology Metabolism”, (title translated from Japanese, currently in its 4th edition as of 2009), thereby making contributions to the development of clinical pharmacokinetics. During this time, he also dedicated his time to supervising esteemed drug metabolism researchers, Dr. Tetsuya Taki, professor emeritus of Hokudai University, and Dr. Yasushi Yamazoe, professor emeritus of Tohoku University.

Serving as chair of the The Japanese Pharmacological Society (1993), and as chair of The Japanese Society of Clinical Pharmacology and Therapeutics (1996), he has continued to raise awareness about how important pharmacokinetic research is in drug development and therapy.

If you are unable to print in Internet Explorer, open the "Page Setup" dialog box and make sure "Print background colors and images" is checked.